Coupling neural decoding and robotics allows us to go from thinking "I want to drink a cup of beer" to a robotic arm serving a cold beverage for consumption. The Jaco Robotic Arm Framework (JRAF) combines computer vision and robotic manipulation to detect objects in subject's environment, offer potential actions, and execute on selected intention.

Working at Richard Andersen's lab at Caltech, we designed and implemented a shared control robotic arm framework that takes decoded neural intent and translates it to actions that are executed by the arm. The framework consists of several modules:

Let's walk through an example!

Objection detection was built with algorithms from PCL.

The modules were developed using ROS. 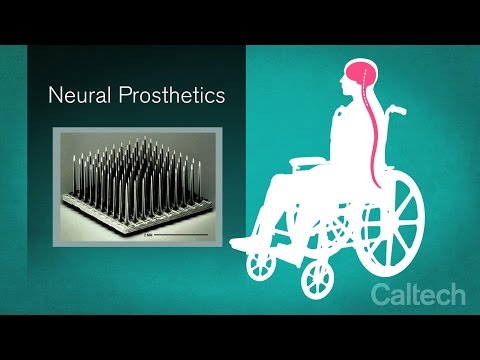 Next Generation of Neuroprosthetics
Science Explained - R. Andersen - May 2015
Grip testing
Because paint cans are more robust than beer bottles

Sometimes the biggest gifts arrive in the most surprising ways. A couple in Singapore, Tianqiao Chen and Chrissy Luo, were watching the news and saw a Caltech scientist help a quadriplegic use his thoughts to control a robotic arm so that — for the first time in more than 10 years — he could sip a drink unaided.

Controlling a Robotic Arm with a Patient's Intentions